One aspect of the fishing industry we might not think about is lost fishing gear.  Ranging from a hooked  fish, that snapped your line and got away to lost nets and traps, the fact is that much of this lost gear will still actively ‘fish’ when it’s sitting on the ocean bottom.  The catch is that the ‘catch’ will not be hauled in to the market and instead will possibly remain captured in the traps for months and potentially die without ever escaping.  This phenomenon has coined the term “ghost fishing,” and it may be more common than one might think.

One example of how ghost fishing gear might come about is the setting of lobster pots, crab traps, or the like in the middle of a heavily trafficked harbor or channel where boats are more likely to accidentally snag a line in their propeller and cut the line.  There are also, unfortunately, intentional loses of traps as well.  In some cases, it is considered ‘cheaper’ by fishermen to discard old and unusable traps overboard instead of paying exorbitant fees to dispose of them on land.  In other cases, vandalism acts can occur and lines may intentionally be cut by fishing competitors.  The authors of this study realized the lack of published data that exists on derelict fishing traps and the negative impacts they may have on certain recreational and commercial fisheries and synthesized various datasets from seven studies throughout the coastal United States in a qualitative manner.

The Fisheries in Question

The highest density of derelict fishing traps was located in the Chesapeake Bay region, where the amount of derelict traps ranged from 28 to 75 per km2.  It was estimated that at any one time, around 40% of these traps can be ‘ghost fishing,’ which extrapolates to around 20 dead crabs per trap per year, or 376 dead individuals per km2 per year.  Conversely, the lowest density of derelict traps was located in the US Virgin Islands, averaging only 5 traps per km2.  The number of individuals likely to die in the traps (as many as 178,874 Dungeness crab in Puget Sound and 913,000 blue crabs in Virginia) and the amount of time the traps are likely to ‘ghost fish’ for (aprx. 0.3 – 6+ years) can largely depend on the design of the trap.

The money in the pot

Estimates of economic impacts were difficult to ascertain due to variability between studies and highlights the need for collaborations with social scientists.  Summarized compilations of previously reported economic impacts show 4.5% of the Dungeness crab harvest may be lost every year due to derelict fishing traps in Puget Sound.  This may not sound like a lot, but that’s a loss of $744,000!  Additional estimates show that the Virginia portion alone of the Chesapeake Bay may be losing 1% of the blue crab harvest, totaling around $304,000.  Another factor to consider is the cost of the lost traps to the fishermen themselves, which can add up to a sizeable portion of money (upwards of $100,000/year for some firsheries).

Derelict traps may additionally affect the breeding status of populations (i.e. by catching egg-bearing females), and may be capturing non-target species (i.e. species the traps are not intended for), such as the diamondback terrapin, a species of concern in the Chesapeake Bay region.  While the authors point out the potential positive impacts the traps may have in terms of providing habitat (i.e. structure for oyster growth), there are likely to be more negative impacts, such as destruction of eelgrass and saltmarsh habitat due to the presence of abandoned traps.

It is clear that more research is needed to flush out the deleterious effects of derelict fishing traps and most ecosystems will likely benefit from improved management strategies of ghost fishing gear.  Below are the suggestions put forward by the authors as future steps to take in terms of reducing the loss of fishing gear in the first place and minimizing impacts of the existing abandoned traps.

Table 1 – Summary of recommendations and research needs put forward by Arthur et al. in this study (2014). 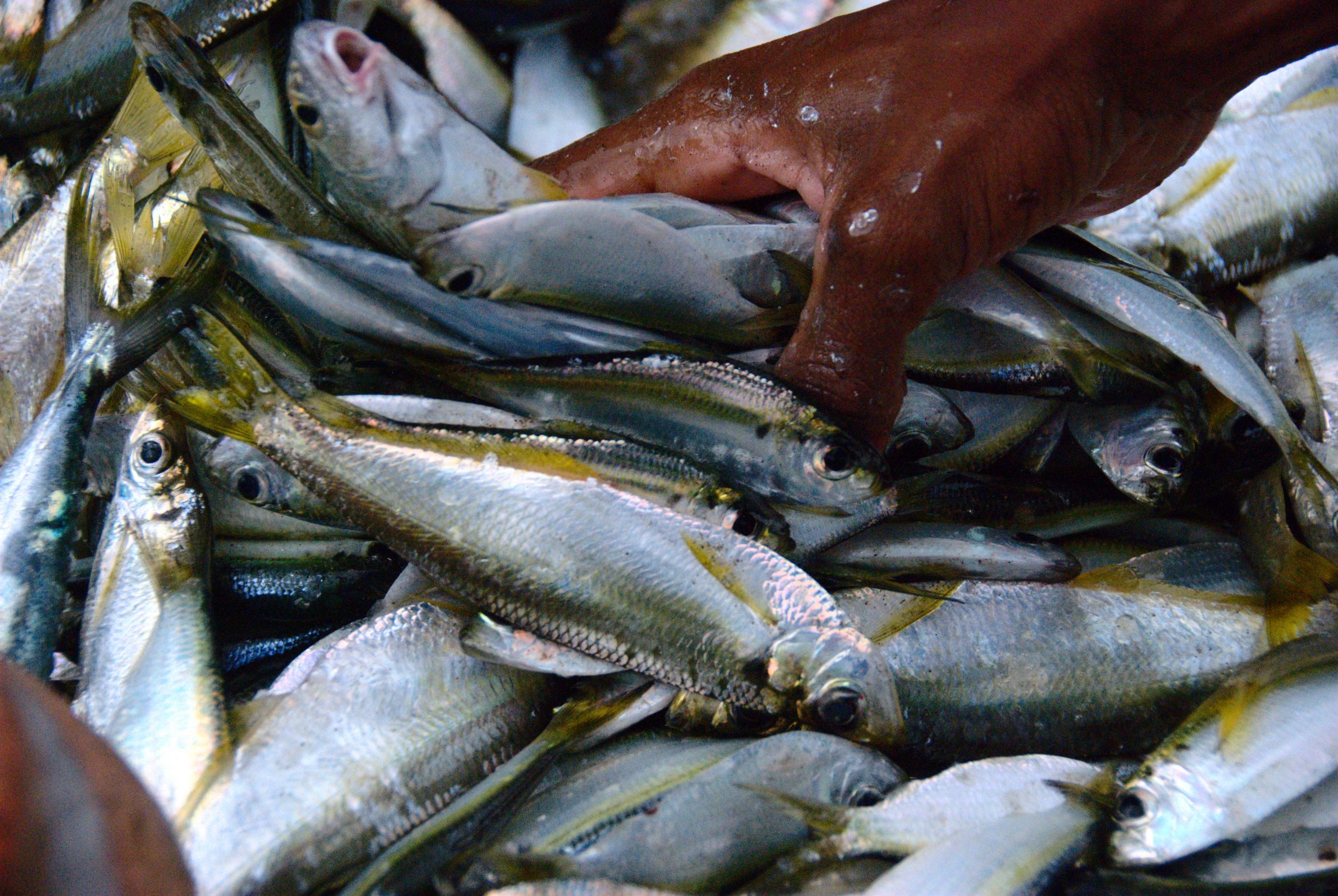 2 thoughts on “The Ghastly Impacts of Ghost Fishing Gear”