“Oh! He has your eyes.” Or possibly, “She gets her good looks from her mother.” Or even something said in a less than complimentary tone, “You’re just like your father!” We have all used these phrases, and others like them, throughout our lives and are aware that traits are passed down through the generations. Most of us even know that these traits are passed through something called ‘genes’ and quite possibly remember a lecture on fruit flies from high school biology. Beyond that, terms like ‘stem cell research’ and ‘human genome’ get thrown around a lot in the media, but most of us (including myself before I began studying genetics) don’t really think about the intricacies of what makes us who we are. The collective term for the genes that carry the information for eye color, looks, and even some behaviors is the genome, and every living thing on the planet has its own. This is the blueprint for how we are put together, but just like the blueprints for a house, there is a lot that happens between the drawing and the three-dimensional structure we live in. And, for the same reason you can’t build a house by starting from the roof, the order in which these genes work together to make an organism is important.

Organic Factories (No, not where they make gluten-free, non-GMO kale chips)

This is where the ‘transcriptome’ comes in. To stick with the house analogy, think of the transcriptome as the craftsmen: the mason, the carpenter, the electrician, the roofer, et cetera. They are the ones that read the plans and construct a specific part of the house, and they may each work independently or in cooperation with another craftsman. In this way, the transcriptome is comprised of molecules that ‘read’ a specific part of the genome and carry those plans to other molecules called ribosomes. The ribosomes are miniature factories that make specific proteins that are then assembled to make whatever portion of an organism is needed at that time (Fig. 2). This is why order matters. You wouldn’t call the roofer before the foundation is built, just like the machinery to build a finger nail wouldn’t kick in until the finger is built. This is what is called gene expression, and it is fundamental to understanding how an organism is working at a specific point in time regardless of all the capabilities it may have tucked away in those genetic blueprints.

Scientists study an organism’s transcriptome to determine both the order in which that organism is initially built, as well as any ‘maintenance’ that needs to be done throughout its life cycle. Again, you can think of this as repainting the house when it begins to fade, or patching a leak in the roof. Organisms (including us) are constantly repairing damaged parts (skin healing over a cut) and in some cases, can regrow entire organs. One of the most fascinating examples of this repair process occurs in the world of crustaceans (shrimp, crabs, lobsters, crayfish, etc.). At various stages of their lives, crustaceans go through a process called “molting” during which they shed their hard, inflexible exoskeleton to allow them grow bigger, and then form a new exoskeleton. During this process, some crustaceans can even regrow a lost limb! Like building a house, this is a process that requires many different steps, and each step must be completed in a specific order. To find out precisely how this happens, a team of researchers from China led by Yi Gao have analyzed the transcriptome of Litopenaeus vannamei, the most commonly cultured shrimp species in the world.

The researchers first collected shrimp at various stages of the shrimp lifecycle for analysis. There were 9 different stages included in the pre-adult shrimp that the team used to study the development from birth to adult (Fig. 3), and 8 adult samples collected at different stages in the regular, adult molting process (Fig. 4). From here, the scientists could extract those molecules of the transcriptome that were actively carrying the messages from the blueprints of the genome to the ribosome factories. This is analogous to driving by a construction site every day during the building process and taking a photograph to then see who (mason, plumber, etc.) was working that day. These molecular ‘snapshots’ were then used to correlate the specific genetic machinery used at every stage of exoskeleton growth and molting. For example, we now know that as an adult, and once the old shell is shed, the shrimp begin to produce a substance called chitin synthetase, which is essential to creating and hardening the new shell. With this information, the researchers were able to identify all of the molecules involved in growth and molting, and piece together the proper order in which they are expressed in the lifecycle of this shrimp.

A Deeper Understanding of Life

Only with the rapid advancement in the technology used for such an investigation has this depth of analysis become a reality. This study is the first of its kind to cover the entire process of exoskeleton formation, growth, and molting in shrimp. We also have a better general understanding of how each molecule works together inside all living things to create complex structures that we often take for granted. Every part of the human body was formed by the same basic principles that are described here, and this study gives us a greater appreciation for just how much goes on behind the scenes to keep us functioning daily. At the very smallest level inside our bodies we are a busy construction site, constantly growing hair, repairing skin cells, and even building muscles. The more we understand about these processes, the closer we come to unveiling the remaining mysteries of life. 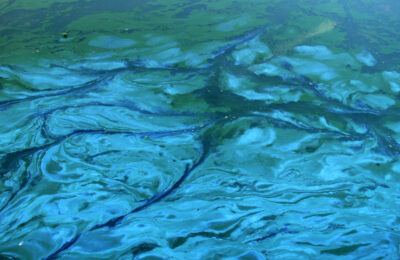