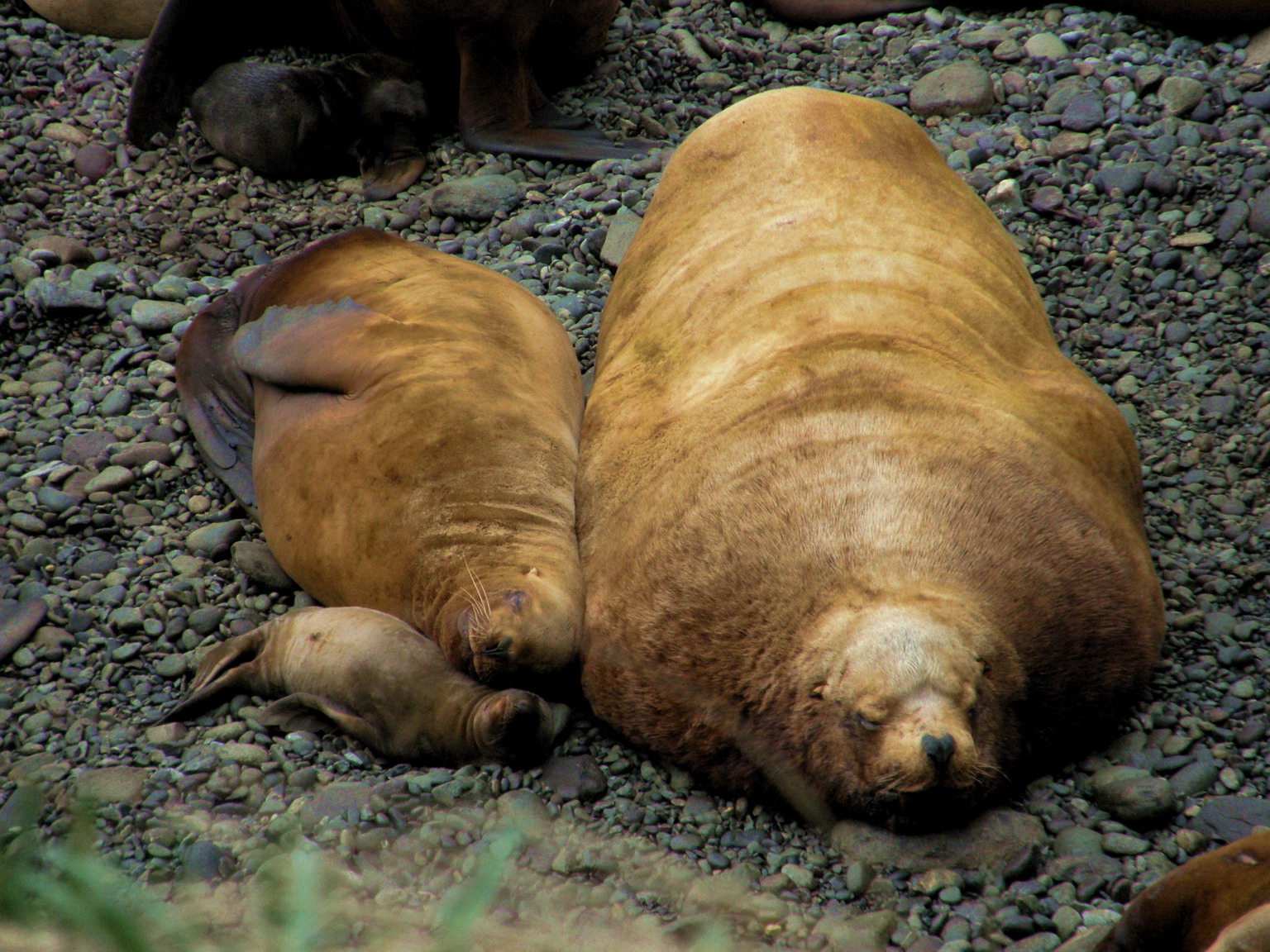 Using poop for a purpose

From single celled organisms to humans, some form of pooping is part of life; our bodies and cells need a way to get rid of waste materials via some excretory pathway. But some scientists have managed to make poop an even more important function by using it as a subject within scientific research. Researchers from the state of Washington used just such a terrifically turd-filled approach to better learn about the exposure of sea lions in the region to toxins produced by algae.

Some phytoplankton and algae naturally produce compounds that can be poisonous to other creatures; phytoplankton culprits include Pseudo-nitzschia spp. (a type of diatom), as well as Alexandrium spp., a type of dinoflagellate. These types of phytoplankton can be found along the Washington coast year-round, but may surge in numbers during bloom events. Bloom events often produce large amounts of toxin that may then impact surrounding creatures. Marine mammals like seals or whales can encounter these algal toxins directly in the water environment, or more likely through eating something that has concentrated the toxins, like fish or shellfish. The accumulation of these algal toxins via either pathway can lead to sickness and even death in seals, sea lions, otters, dolphins, whales, and even humans.

Adrianne Akmajian and her team knew that these algal toxins are present in the environment and food supply along the Washington coast, but set out to figure out a few more specific details. They wanted to know if algal toxins can be found in California and Stellar sea lions year-round (not just during bloom events)(Fig. 1).

A few grams of the sea lion scat was then tested for specific algal toxins, domoic acid and saxitoxin, using a type of calibrated test called ELISA (a type of direct competitive enzyme-linked immunosorbent assay). The remaining scat was closely examined to determine what the sea lion had been eating by identifying hard parts of fish or squid.

Payoff from perusing the poop

The researchers found domoic acid in 17% of the samples, and saxitoxin in 45% of the samples examined. The concentration of these toxins varied seasonally, but importantly, the two toxins were found year-round in the two sea lion species (Fig. 3).

They also found that the two species ate different things throughout the year, but no obvious relationships between sea lion diet and toxin prevalence were identified using this sample set. And finally, while the algal toxins were also found in bivalves, bivalves did not seem to be a rigorous predictor of the concentration of algal toxins found in sea lion scat.

Although this work is attention-worthy based solely on the samples used, the conclusions of the research are also noteworthy; this is the first study to document year-round exposure to algal toxins in sea lions. Although the concentrations found likely aren’t causing serious acute effects, researchers aren’t sure if this sustained, low-level dose of toxin could be causing more subtle, chronic impacts in sea lions or other marine mammals. This research also suggests that algal toxins are capable of accumulating and persisting in animals outside of bloom conditions, meaning the toxin doesn’t readily disappear from the marine food web. More research is necessary to better figure out the distribution and persistence of algal toxins in the sea lion food web and in sea lions themselves, but this research provides an insightful starting point for further work.