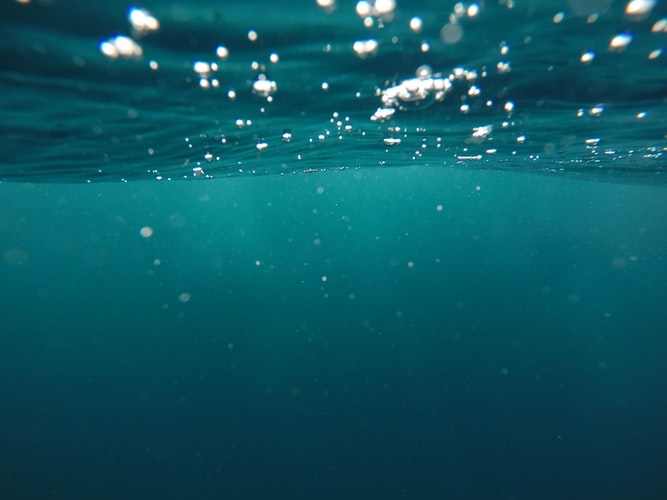 Turning up the volume in the deep-sea

When you think of the deep sea you probably think of Earth’s final frontier — the unexplored darkness occupied by twinkling plankton, fanged fish, and sluggish sharks. While this is true, the deep sea is not untouched by humankind. Fishing debris, plastic pollution, chemical waste, shipping noise, and offshore oil drilling are all ways in which human activities are currently coloring an even darker shadow over the deep sea.

And there are more human impacts on the horizon! Deep-sea mining, or the extraction of metal-rich rocks from various deep-sea habitats, is of growing interest and is currently being developed by several countries worldwide. For more on deep-sea mining basics, check out these blog posts on Oceanbites! As you can imagine, extraction vehicles rolling over the seafloor as well as grinding and forceful transport of the rocky material back up to the ship will introduce loud, foreign noises into the deep-sea.

Animals rely heavily on sound for communicating with others, navigating, hunting and predation, and even for finding new habitats as larvae. Hearing receptors appear to have evolved quite early in animals, and are, therefore, a common trait for many aquatic fauna. Fishes, sharks, and octopi are even known to be particularly sensitive to sounds below 1 kHz, frequencies that are typical amongst anthropogenic noises. Because visual cues are minimal in the deep sea, animals here may rely more heavily on hearing than other senses and could, therefore, be very sensitive to any sort of sound interference.

Noise creates the ocean’s soundscape, which is the total noise from the orchestra of environmental sounds, biological noises, and even geological reverberations. Sound travels quickly and clearly through water meaning that seemingly insignificant noises, like a parrotfish gnawing on coral or shrimp snapping their tails, are both well amplified and have long ranges of detection. These same attributes for sound also apply to noise pollution resulting from human activity and can muddle animals’ ability to detect important notes in the ocean’s soundscape. You could imagine how difficult it would be to hear a street vendor selling food or trees blowing in the wind next to a busy highway. Rich and distinct soundscapes are considered a sign of a healthy ecosystem, and scientists can listen for interruptions in this soundscape to easily detect the presence and degree of human impact, like in the case of deep-sea mining.

The research group of Chen et al. based out of Japan sought to characterize the natural soundscape of different deep-sea habitats off Japan that are ideal for potential deep-sea mining. The habitats surveyed included a seamount with an active hydrothermal vent and abyssal plains.

How do you listen to the deep-sea? Unfortunately, the answer is not as simple as holding a deep-sea shell up to your ear. The researchers deployed a device that records ocean sounds in all directions very precisely, referred to as a hydrophone, at different habitats off Japan: the Suiyo Seamount (a relatively remote seamount 700 km southeast of Tokyo) with an active hydrothermal vent, and abyssal plains off Minamitorishima Island. Deployments in a shallow water system were also used to make comparisons to these deep-sea sites. The hydrophones pick up the total sound including biological, geological, and anthropogenic noises. The researchers must then pull apart the soundbites to figure out the influence of each, including removing the sound of the research vessel itself.

After sorting through nearly 200 hours of ocean soundbites, the researchers found some interesting results! The shallow-water, near-coast soundscapes are similar sounding to each other and are predominately defined by the sound of boat activities. The deep-sea sites lack boat-associated noise, which dissipate both off shore and with depth.

The soundscapes of these deep-sea habitats were not only dissimilar to the near-coast, shallow water systems, but distinct from one and other as well. The hydrothermal vent on Suiyo seamount is characterized by low-frequency noises associated with geologic activity while the abyssal plains off Minamitorishima island are considered very quiet with little non-biological noise detected. Surprisingly, these abyssal plains located at 5500m are quieter than the deepest part of the ocean (Challenger Deep, 10,924m)!

Not invited to the symphony

Chen et al. clearly show that different deep-sea habitats have distinct soundscapes! They even note that the Suiyo seamount sounds unique as a hydrothermal vent to others globally, which may allow animals to recognize where they are geographically.

While coastal soundscapes may be analogous to a chaotic heavy metal song blasted without regard, deep-sea soundscapes are subdued, and complex jazz pieces carefully orchestrated by their geological setting and faunal inhabitants. Although we currently do not know the effects of noise pollution in the deep-sea, it’s clear from Chen et al.’s research that the introduction of anthropogenic sounds could fundamentally alter this soundscape, posing various challenges to the deep-sea. With added research characterizing deep-sea soundscapes, we can expect scientists to define thresholds of sound tolerance, which may be a powerful tool to mitigate impacts to the deep-sea.