Marine invasive species are plants and animals that originate from one location and become introduced to another area. You probably have heard of some invasive animals like lionfish or green crabs, but there are many others, spanning a wide range of size and shape (5 invasive species you need to know). Invasive species can be introduced naturally (i.e. transportation by wind or ocean currents) or through human interactions such as releasing aquarium pets into the wild.

Most invasive species are transported across the ocean by ships, often hitching a ride on ship hulls or stowed away inside ship ballast. Large ships have tanks that are filled with seawater to counterbalance cargo weight. Ballast water is water taken on to a ship in one port to help increase weight (when cargo is offloaded) and then is released in another port to lighten the load when more cargo is brought on. Marine life can be carried in this water from port to port, getting released in new, foreign territories (Fig. 1A). It is estimated that some 45,000 cargo ships move more than 10 billion tons of ballast water around the globe each year. Thus, marine species have plenty of opportunities to “hitch-hike” to foreign territories that were once inaccessible to them.

Problems can arise when invasive species outcompete natives for the same resources (i.e. food, sunlight, nutrients or shelter). Furthermore, invasive species rarely have predators like the natives do, meaning they can often grow unchecked. You may think this is just “survival of the fittest”, but in reality, this type of ecosystem shift can have cascading effects. An example is the invasive marine algae, Caulerpa taxifolia, also known as the “killer algae”. This plant can completely cover portions of the seafloor, blocking out light for other algae and corals (Fig. 1B), which can devastate fish populations who rely on corals and the fisheries who exploit commercial fish. As a result of their rapid spread, it is next to impossible to remove an invasive species like C. taxifolia from its new habitat. What if we had the power to predict where invasive species were most likely to land next? This predictive power may finally offer a solution to global species invasion.

In order to predict future marine invasions, Seebens and colleagues set out to create a simple, yet efficient statistical model. They used data on shipping traffic and environmental factors (i.e. temperature and salinity) to predict where species were most likely to invade, given their starting habitat range and environmental requirements. The first order of business was to test if their model actually worked; to test the model they used 40 random marine species (ranging from fish to algae) already known to be invasive. Next, they focused solely on marine algae. The tested model was applied to 97 previously-known invasive marine algal species, to try and predict their future spread.

Does the model work?

Yes, this model worked very well and was able to accurately predict marine invasions that had already occurred. The presence/absence of an alien species was correctly predicted for 77% of marine invasions outside the species native habitat. With proper validation, it was time to put this predictive model to the test using marine algae.

The majority of invasive algae tested in this study were native to temperate-subtropical marine regions in Europe and East Asia (shown in red in Fig. 2A). These same regions had the highest probability of future invasion by marine algae (Fig. 2B). It makes sense that algae would be highly transported between the East Asian and Northern European Seas because they share similar environmental conditions and are well connected by ship traffic. More ship traffic would lead to more species “hitch-hiking” in ship ballast.

Incorporating future ocean warming (water temperatures predicted for 2040-2060) revealed a north-south gradient in the change of algae invasion probabilities. Many algal species used in this study are originally from colder, temperate regions. If water temperatures increase in the future, these same species will invade further north to find more appropriate habitats. For example, the model predicted a decrease in invasion probabilities in the tropics (near the equator) and an increased invasion in temperate regions, particularly in North America (Fig. 3).

It is very hard to control the spread of invasive species in the ocean as a result of many environmental factors and extensive global ship traffic. Invasive marine algae are of greater concern because they are easily transported in ballast water (over 400 invasion cases reported) and some can form toxic blooms in areas that were previously unaffected (more on harmful algae). This model offers a huge first step in reducing species invasion, by determining hot spots of future invasion and the species most likely to invade those ocean hot spots. Even better, this model can be easily applied to other animals and plants in the ocean or on land.

Regulations on the transport of ballast water are loosely defined and not enforced by all shipping nations. Thus, while these predictive models are helpful, they become useless if strict regulations on ballast are not enforced. Go out, raise awareness and start a conversation about species invasion and the harm of ballast water. Although this study primarily examined the spread of invasive species via ballast water, that is by no means the only way invasive species can be introduced into an area. One of the more common ways species are introduced is through people releasing aquarium pets into the environment (more on pet trade invasions). You can help prevent these types of invasions by making sure you properly take care of your aquarium (or terrestrial pets). With an expanding population, increased shipping on the seas and a fast-changing climate, it is imperative we understand how species in the ocean may spread in the future. 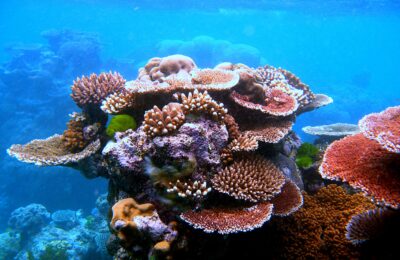