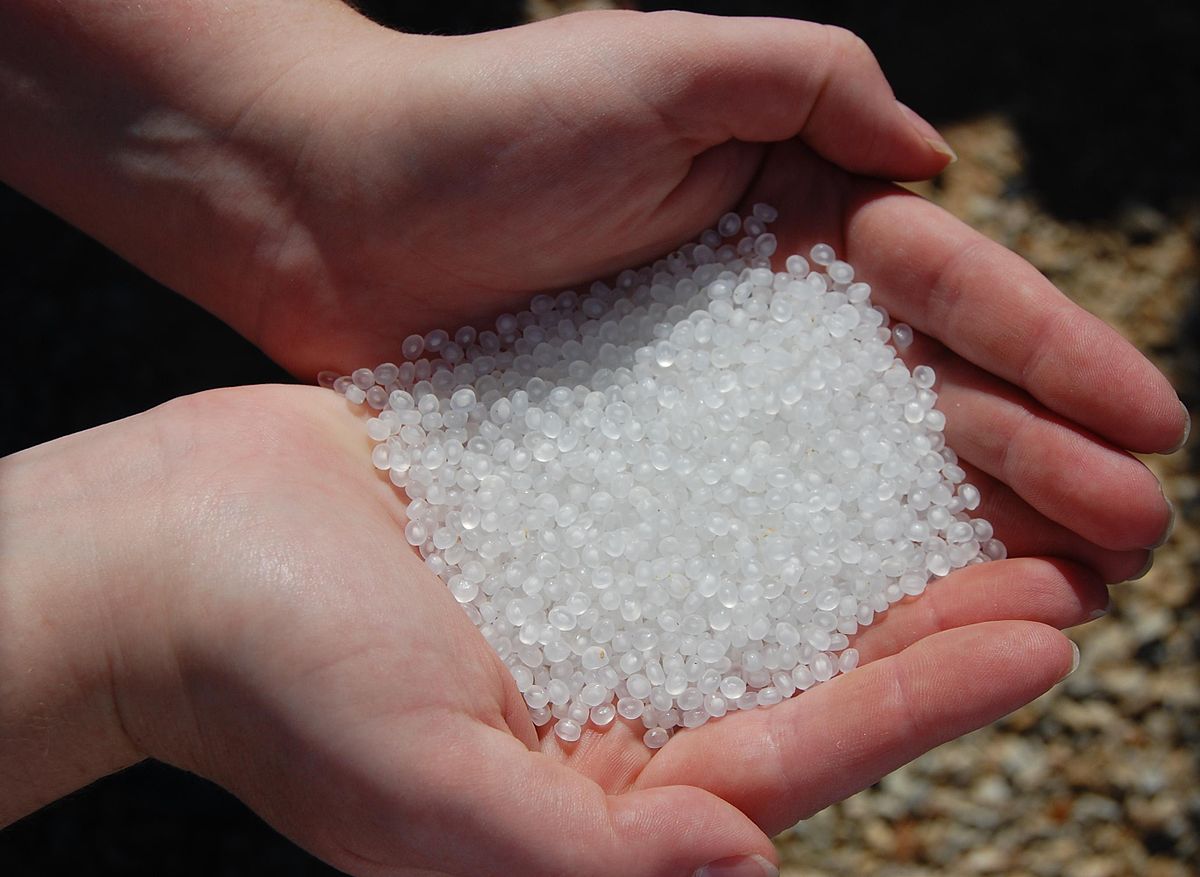 Because the plastic pellets look like fish eggs, hundreds of fish and birds accidentally feed on these pellets. Eating these pellets is already dangerous for these animals, as the pellets can block or pierce their stomach and intestines. But when fish and birds feed on plastic pellets, they’re not just eating plastic – they’re also eating pollutants and toxins from seawater that are stuck onto the surfaces of the plastic pellets. These pollutants may accumulate in fish, then move up through the food chain where they have the potential to affect our own diets.

To understand which chemical elements (substances) can stick to and remain on the surface of plastic pellets and be consumed by marine animals, a team of scientists collected ~10,000 plastic (polypropylene and polyethylene) pellets from Shelly Beach, Australia over the course of 16 months. These pellets came from a wastewater treatment facility near the ocean at Warrnambool, Victoria, Australia, where plastic pellets were accidentally released into the ocean on November 2017.

The scientists found a number of elements that stuck to plastic pellet surfaces more effectively over time than others. A particular group among these elements is called the rare earth elements (REE), which are a group of 17 metallic elements. These are not really “rare” in the Earth’s crust (since they are at least a few hundred times more abundant than gold), but are relatively scarce in the ocean. REEs are generally thought to be toxic to any living organisms. For instance, the REE lanthanum reduces the growth of marine bacteria, green algae and crustaceans (animals with hard shells like crabs and lobsters). Yttrium is another REE that inhibit hatching of zebrafish eggs or increases the mortality of juvenile zebrafish after they hatch. The REEs were also found to accumulate in cells of marine organisms, and can be transferred to human when we consume seafood, causing problems in our brains and muscles.

The scientists also found other elements that become less abundant on plastic pellet surfaces over time, such as mercury. However, this “loss” of mercury on the plastic pellets may not mean that mercury is detaching itself from the pellet surface and getting released back into the ocean; instead, it may mean that mercury is changing its chemical form on the pellet surfaces by a process called “methylation”. When mercury is methylated, it becomes a substance called “methylmercury”, which is basically the most poisonous form of mercury that can be absorbed through skin and affect nervous and immune systems. Therefore, plastic pellets in the ocean may be a medium through which mercury transformed to methylmercury can accumulate in fish and cause serious health problems in our body.

In summary, this study shows that plastic pellets are a significant threat to marine animals, not only because they can physically harm their organs but because they carry toxins that can affect their growth and reproduction. As plastic pellets can harm marine organisms and eventually human health, we should take better measures in managing plastic waste and take additional actions to prevent and clean pellet spills in the ocean to reduce the number of plastic pellets entering the ocean.