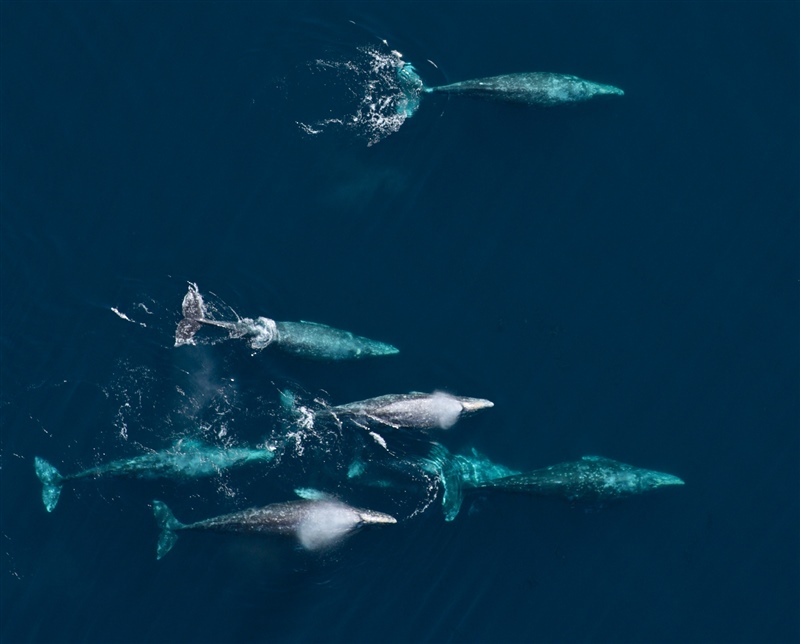 Unusual, and not in a good way

Gray whales on the North American West Coast haven’t had a particularly easy time of it over the past three years. Between 2019 and 2021, 502 gray whales have been found dead along the West Coast, from Mexico to Canada. This level of mortality has been officially declared an Unusual Mortality Event (UME) by the National Oceanic and Atmospheric Administration, the U.S. agency charged with ensuring protection for marine mammals. NOAA’s declaration drives intensified federal action on investigating and responding to whale deaths.

The last time things were this bad for gray whales was 20 years ago: in 1999, high mortality prompted the first UME declaration for this whale population. That time, the gray whale population dropped by nearly a quarter over a few years. The population recovered to pre-UME numbers in the ensuing 20 years, as mortality declined and new calves replaced the lost whales. As we face another unusual spike in whale death, it prompts the question: what is happening here?

Whales on the move

To understand the potential drivers of gray whale mortality, it’s important to know a bit about their life history. There are plenty of pieces to the gray whale’s life story that seem, frankly, Herculean, and make a land-walking, non-migratory mammal wonder how they survive any of it.

Gray whales make an annual migration from Arctic waters, where they spend the summer feeding, southwards towards Baja California, Mexico, where they overwinter and give birth before heading north again. As a matter of course, they travel 10,000 miles a year (and sometimes much further than that). Half of this journey, they do on an empty stomach, feeding mostly from May to October and fasting for the rest of the year. And for mothers with calves,they do it all and produce enough milk to feed a 2,000 pound baby. As they migrate, whales encounter a number of human stressors— things like water pollution, commercial vessels, fishing gear, construction sites, and military activity— as well as changing ocean conditions, diseases, and predators.

Given the intrinsic and introduced challenges of the gray whale life history, any number of stressors could be contributing to the unusual rates of whale death.  A team of researchers in the whales’ wintering home of San Ignacio Laguna, Baja California, has been studying gray whales for decades. Recently, they’ve developed a technique to track the health of live whales as they overwinter. Through carefully documenting the health of these whales over multiple years, they hope to help uncover why gray whale mortality is so high.

The energetic costs of migrating, calving, and feeding a calf are massive, and whales feed vigorously from May to October to bulk up for that expense. If they lack body stores of fat that can sustain them from October through May, whales are at risk of death via starvation.

In order to understand the changing health of gray whales, researchers rely on measuring body condition to reveal the energetic stores of these creatures. This is easier said than done— after all, you can’t put a wild whale on a scale. Plus, you rarely get a full look at a whale’s body— instead catching glimpses when it surfaces for air.

Drone technology has helped San Ignacio Laguna researchers navigate some of the constraints of whale health assessment. With drones, researchers can get straight-on aerial shots of the whales as they surface, capturing decently complete outlines of the backs of their bodies. Using the height of the drone when the image was captured, they convert image dimensions to the real body length and width of the whale.

To estimate body volume, researchers conceptualize a whale as a series of cylindrical segments, capped at each end by a cone. With that whale geometry in mind, they’re able to calculate whale volume based on a single aerial photo. They compare body volume to body length to get a look at overall whale condition— if a whale has lower volume than expected given its length, researchers consider it emaciated, possibly starving, and in less-than-ideal condition.

San Ignacio Lagoon researchers have used their trove of gray whale drone photos from before and after mortality began to spike to look for changes in body condition across calves, juveniles, lactating mothers, and adult whales.

As researchers assessed gray whale body condition, a troubling trend has emerged. Around the time the UME was declared, the body condition of whales in all life stages was lower than it had been in earlier years. Gray whales, as a whole, are trending towards starving.

Juvenile and adult whales show the most significant signs of starvation, compared to the still-reduced-but-not-as-bad condition of calves and lactating mothers. What explains that? Pregnancy and lactation requires significant energy stores, and if a female whale doesn’t have this, she may postpone pregnancy until better equipped energetically— so the improved body condition of lactating females may be a result of female whales who were already in poor condition rejecting pregnancy. Low calving rates may inhibit recovery of the gray whale population when mortality rates slacken.

The cause behind the cause

Research in San Ignacio Lagoon reveals that body condition in gray whales is declining, but doesn’t totally resolve the question of why gray whales are experiencing high mortality. Yes, whales appear to be starving— but what is causing them to starve? Are gray whales running out of food because of a decline in the amphipods they feed on? Or is it that food resources are steady, but the whales’ energetic costs are rising— perhaps because of an increasingly stressful migration, worse water quality, or disease? Or is it that food resources and stress are constant, but the gray whale population hit some sort of carrying capacity, some ecological ceiling, as it recovered from the 1999 population crash?

All of these stories could explain poor body condition and whale death, and there’s not currently clear evidence pointing one way or another. As 2021 comes to a close, there’s a lot still to uncover about what is behind whale mortality, and where these populations will go from here. 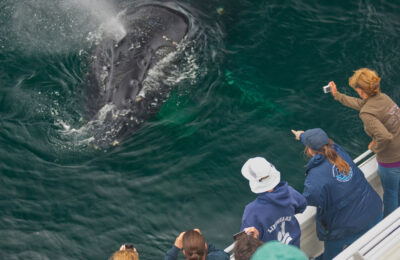