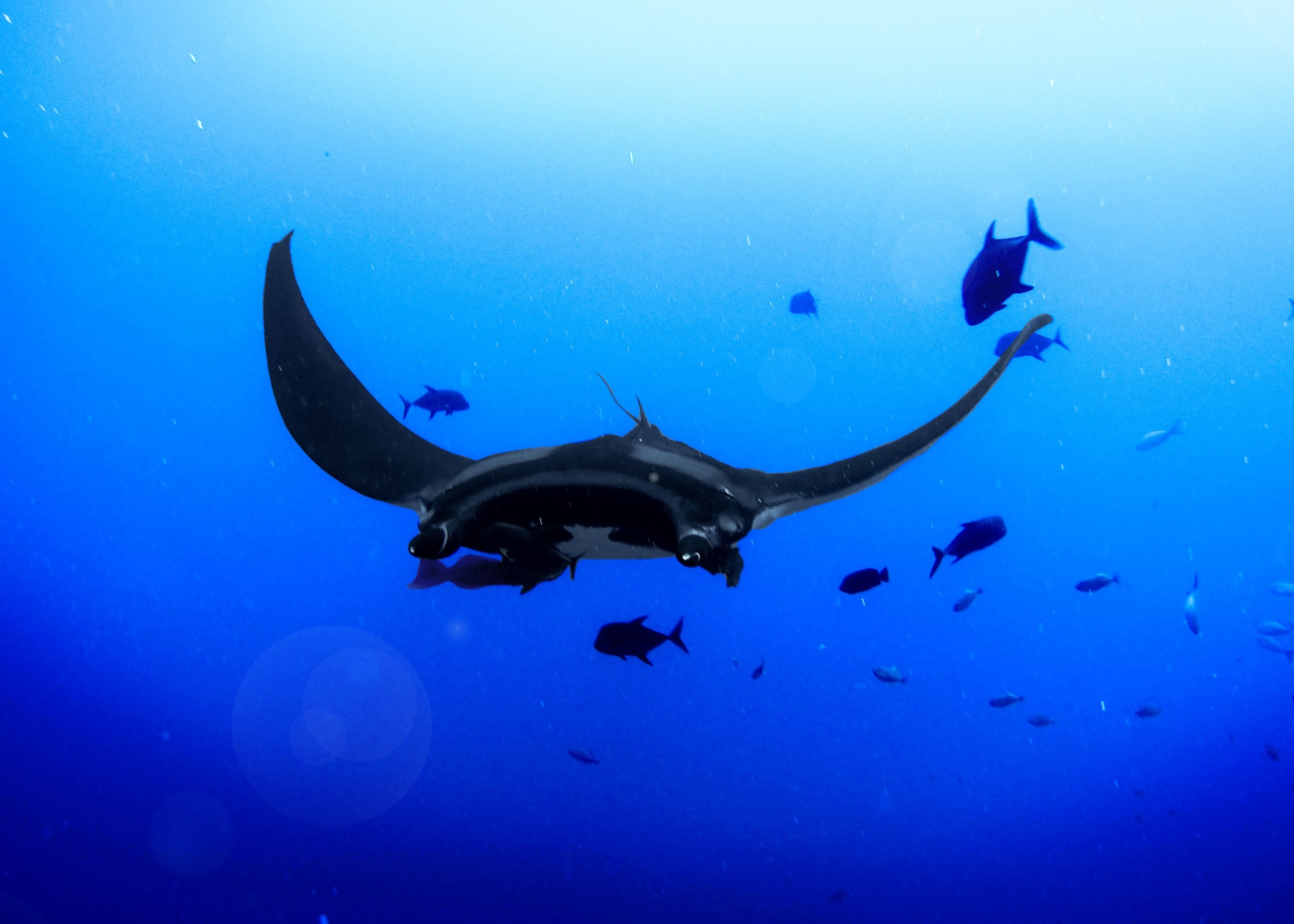 Great news! Scientists discovered lots of cute baby manta rays off the Floridian coast. Only two other manta ray nurseries had ever been identified in the entire world – talk about trying to find a daycare! But why do manta rays have nurseries – and how can we find more?

Young manta rays are a rare find in the open ocean. Instead, they tend to congregate in nurseries near the coast, which offer protection from predators. Only two such nurseries have been discovered so far, one in the Gulf of Mexico off the Texas coast and the other in Indonesia. Now, it looks like another manta ray nursery has been mapped out.

This newly found manta ray nursery stretches between West Palm Beach and Boynton Beach, north of Miami, neighboring a heavily developed urban area. In this watery habitat, young manta rays spend their early years, until they mature and are ready to disperse into the rest of the ocean. But why do manta rays even have nurseries – and how can scientists find more of them?

Manta rays are very unusual fish – even more so with their flat, diamond-shaped bodies, lack of scales, and swimming behavior that mimics a bird more than a fish. Unlike most of their scaled and torpedo-shaped cousins who lay eggs, mantas only give birth to live babies, called pups, once every few years for up to 40 years. Pups take several years to grow into mature manta rays. Until then, they need a safe haven where they can be shielded from many ocean predators, like sharks, to ensure survival until adulthood. Such places are called nurseries. But only two such nurseries had been discovered – until now.

Giant manta rays are considered a vulnerable species by the International Union for Conservation of Nature. They are fished for their gill plates and suffer from vessel collisions. Because they reproduce and mature so slowly, they can’t replenish their dwindling population fast enough. To help the species survive, it is critical to know where manta rays nurseries are in the coastal water. Protecting those areas can help nurture the species back into abundance.

Manta rays prefer warm waters where they feed on smaller fish and krill. The tropical and subtropical waters of southeastern Florida fit this lifestyle perfectly. And this is where a dedicated team of scientists from Marine Megafauna Foundation, CA, decided to search for manta rays.

For two and a half years, the scientists set out in a boat along the shores of southeastern Florida, searching for manta rays. When they spotted one gliding through the waters, a snorkeler descended into the waters, equipped with an underwater camera to snap a few shots. The scientists then analyzed all the pictures to identify individual manta rays. They identified 59 total individuals, some of which had been photographed several times.

Most of those manta rays turned out to be juveniles of the giant manta ray, M. birostris. Smaller than adults, whose wingspan stretches up to almost 9 meters, or about four and a half queen-sized beds, babies were only 3 meters in diameter.

The scientists also confirmed the age of the manta rays by the lack of distinctive markings  of sexual maturity.  Additionally, few females were pregnant or had mating scars, which are left by males gripping onto their ladies’ pectoral fins during copulation, and the males all had small mating structures suggesting the identified mantas were not yet of reproductive age.

Because the nearshore area in southeastern Florida is home to so many young manta rays, the research team concluded that this site next to the bustling metropolitan scene was a nursery where manta rays grow to adulthood.

But it isn’t all sunshine and rainbows for baby manta rays in Florida. The area is full of fishing equipment, and young manta rays often fall victim to entanglement. While the study was underway, one young female was discovered dead in the tenets of a fishing line in Pompano Beach, just south of the nursery area.

Despite the perils of fishing lines, this area of Floridian coast is clearly a good spot for young manta rays. Now, scientists aim to understand why. If they know what makes for a good manta ray nursery, they can find more!

It is of note that the Florida nursery is right next to a metropolitan area. This means that baby manta rays aren’t deterred by urban waterscapes. It also highlights the need to find more nurseries, so that new legislation can protect them against malignant consequences of such neighborship – like fishing lines.