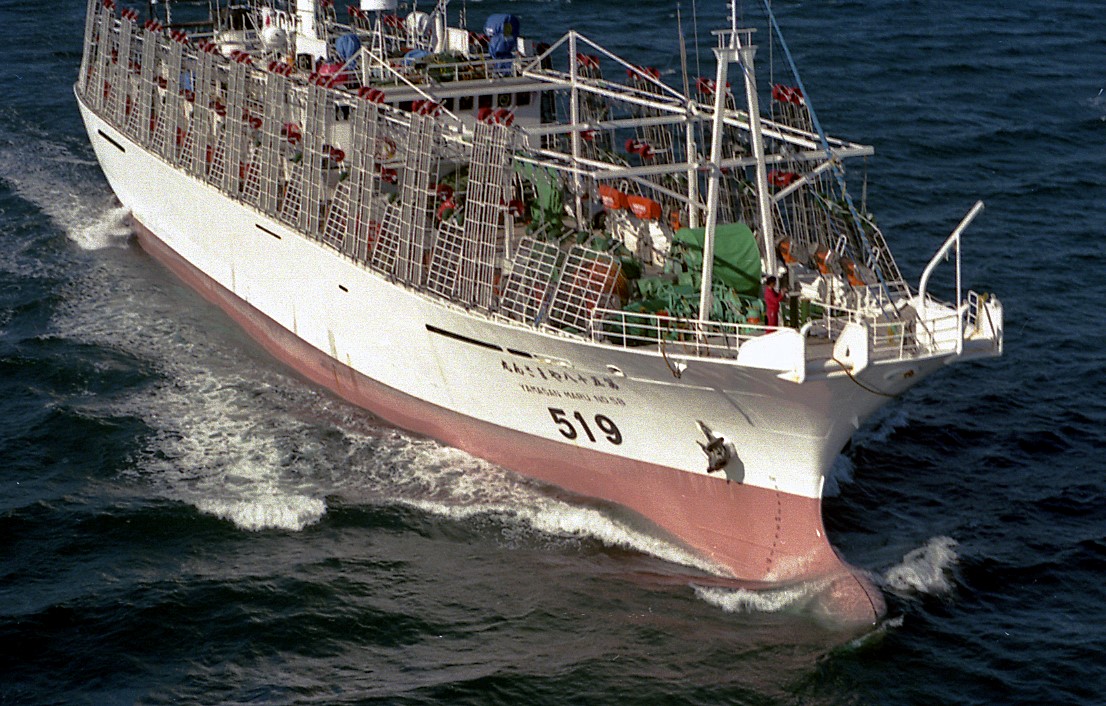 Some large-scale commercial fishing vessels that operate on the high seas have a problem. Read on to learn more about forced labor in global fisheries and what we can do about it.

Forced Labor in the High Seas

Seafood from our oceans provides an important source of sustenance for the global population. Many countries depend on seafood to feed their citizens and as an important export. However, many fisheries are declining due to overfishing by commercial fisheries and large-scale ecosystem shifts due to climate change. Lower catches due to declining fisheries can pressure some vessels to reduce operating costs resulting in exploitive labor practices. Recently, investigative journalism by the Associated Press and Journalist Ian Urbina has shed light on the exploited labor used by global commercial fishing. Forced Labor is defined by the International Labor Organization (ILO) as any labor that is not voluntary and operating under any penalty. These forced labor practices include unsafe working conditions, abusive environments and slavery aboard shipping vessels.

While forced labor is documented worldwide and is a huge problem in on commercial fishing vessels, because of the nature of this industry, it is difficult to enforce laws related to unsafe working conditions at sea. Not only is enforcing laws difficult for fishing vessels that operate far from land, but international laws take effect in the open seas further complicating enforcement. Finally, because of the difficulty in monitoring these vessels, most enforcement is done as ships come to port. Therefore, vessels that operate under forced labor take precautions to avoid going to port, including getting food and supplies from other ships in the open ocean.

How do we combat this?

The behavior of labors at high risk of having forced labor were identified from investigative journalism reports and interviews of experts from nongovernmental organizations (NGOs) in this field. Several behaviors included in the study were; 1) engine power on the vessel 2) distance from port 3) number of voyages each year 4) average daily fishing hours 5) fishing hours in high seas.

Satellite data was used in combination with reports from vessels that were confirmed to have forced labor. 16,261 Longliner, Squid jigger, and Trawler vessels operating between 2012 to 2018 were used in this study, because these had reliable vessel monitoring data from satellite Automatic Identification System (AIS) through Global Fishing Watch. This information was then used with machine learning to find differences in behavior between vessels with confirmed forced labor and other vessels.

Scientists found vessels with confirmed forced labor (positive vessels) behaved differently than most unlabeled vessels. These behaviors include spending more hours actively fishing each day, further from port, with observed transshipment events meaning. Transshipment events occur when another ship is used to deliver supplies and fuel to vessels operating in the high seas.

Since there are very few ways to confirm vessels do not use forced labor, ‘unlabeled vessels’ were all vessels that did not have confirmed forced labor and likely includes some vessels with forced labor that have yet to be identified. In fact, based on the behavior of ‘positive vessels’, some unlabeled vessels were also identified as ‘high-risk’ for forced labor. Based on these results between, 57,000 to 100,000 crew members were potential victims of forced labor during the years of this study (2012-2018).

Watch the video from Global Fishing Watch to learn more about the study.

Changing policies to protect the vulnerable

While McDonald and colleagues established satellite monitoring for common behaviors aboard vessels with forced labor, it’s important to remember these practices can change in the future and having comprehensive data to update models like this are paramount. Some ways to improve data used in this study would be including information on species targeted, labor recruitment practices, vessel ownership, and the crew’s country of origin. Finally, the authors point out some of the best ways to help enforce fair labor practices is requiring AIS (automatic identification system) or vessel monitoring devices on all vessels.

This model can be used both in market approaches and policy to further reduce forced labor. By informing consumers and businesses of unfair labor practices used in acquiring seafood sold to them, pressure can be put on the companies responsible for forced labor. Additionally, protections need to be put into place for migrant workers both legally and aboard vessels with worker-voice monitoring and victim assistance. Although there are only a few methods listed here, the authors include many ways in which marginalized communities are at risk for forced labor.

Scientists in this study present an effective method to help identify and reduce human rights abuses aboard vessels and can potentially be used to monitor similar labor abuses on land using remotely sensed observable behavior. 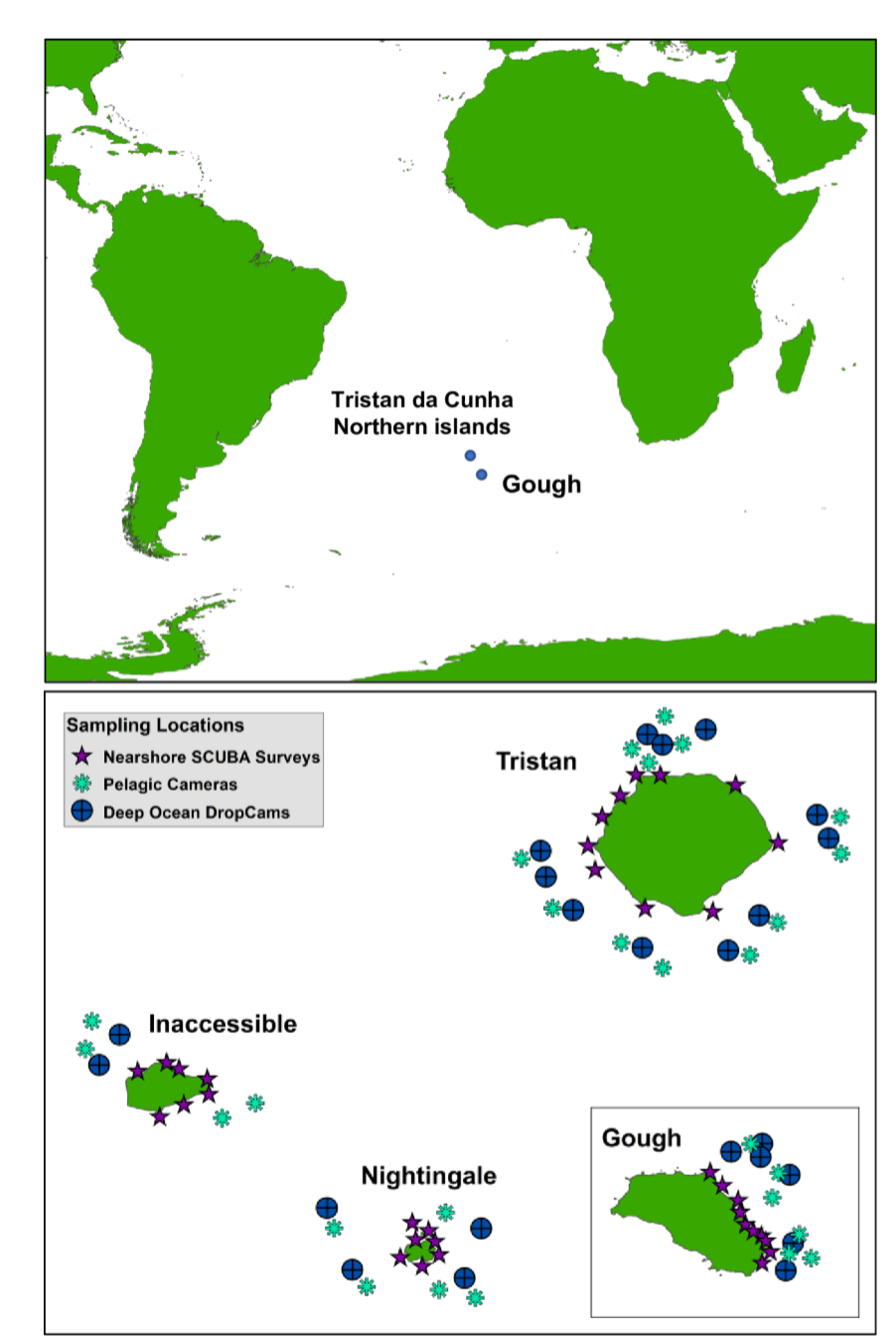