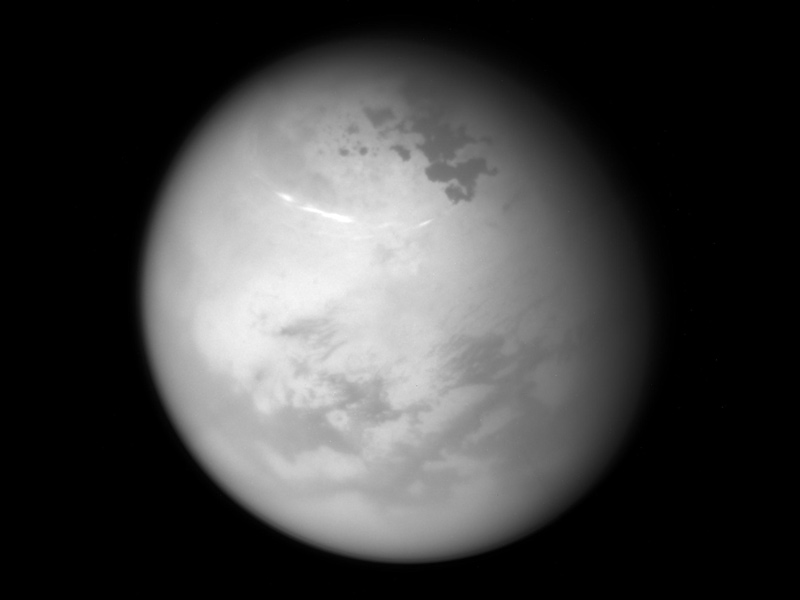 You know how we allegedly know more about space than about the ocean? Well, this particular ocean is a double enigma – because it is also in space! Scientists have now published a study on how much is known about an ocean world called Titan.

Titan is the largest moon of Saturn, which is the sixth planet of the Solar System. An international space research mission, called Cassini-Huygens mission, revealed that Titan is covered in lakes and seas. But guess what liquid flows on its surface?

Much like water on Earth, methane continuously moves about Titan’s surface, evaporating and condensing into clouds. It then rains back down and forms rivers, which flow into seas and oceans.

But there’s also water on Titan. Astronomers have amassed a body of evidence showing that there’s an ocean of liquid water underneath Titan’s crust of ice. Even though Titan is a lot smaller than Earth, its subsurface ocean harbors 18 times more water than Earth’s oceans!

Could there be life on Titan?

A huge question in space exploration is whether there are any habitable worlds other than Earth. Titan is frigid and covered in methane, but it is not entirely dissimilar from our Earth.

Titan is an organic world, meaning that it harbors carbon-based compounds. Carbon is important because it is the basis of all terrestrial life. The abundance of organic molecules on Titan might one day allow scientists to understand how life could arise from primordial soup.

Scientists also speculate that Titan’s icy crust may be similar to Earth’s glaciers, which are home to plenty of microbial life. We don’t know yet if there’s any native life on Titan, but who knows? Perhaps microscopic organic compounds lie dormant between ice granules on the moon’s frigid surface.

When will we go to Titan?

Bodily – not for a very long time. Titan is very cold and very far away, making it an unlikely holiday destination.

However, NASA is getting ready to launch another research mission to Titan. A robotic spacecraft called Dragonfly will take off in 2027 and land on Saturn’s moon in 2034.

The Dragonfly mission will continue what the Cassini-Huygens mission has started. Hopefully, it will teach us what Titan’s surface is like and whether there’s any hope that humanity might one day make Titan its second home.