The 4th International Marine Conservation Congress (IMCC) was held this year in St. John’s, Newfoundland and Labrador, 30 July – 3 August. The mission statement of the conference was “To conserve the world’s oceans we must go beyond science, and use it to inform policy and management, and ultimately to catalyze change. The Society for Conservation Biology’s IMCC brings together conservation professionals and students to develop new and powerful tools to further marine conservation science and policy.”

Until recently, I was a graduate student whose work was mostly about methods, results, and figures. I was accustomed to attending conferences where I saw even more methods, results, and figures. At the IMCC, however, I found that although there were still many results and figures to discuss, the focus was also largely on conversations and asking important questions about conservation. Questions such as: What does conservation actually mean? Can we define it by a metric? How can we use citizen scientists to gather data? How can we use media and policy to further our causes?

Needless to say, there was a vast amount of topics relative to my new field of marine policy and a lot for me to learn. Here are some of the highlights of the conference – and not just the puffin and whale watching (pictured below).

“Citizen Science” is a term used for the collection and analysis of data by the general public. The data typically are used for a collaborative project with professional scientists. This practice can empower citizens from children or young to grandparents or old, SCUBA divers, tribal leaders, and fishermen. With citizen science comes an obvious need for quality control and quality assurance, and a better understanding for how to use all that collected data since some ends up sitting on a shelf. Thus, successful programs continually revise and improve program structures to overcome these challenges. Regardless, citizen science seems like a fantastic idea, and the practice is used very effectively in many studies.

On the west coast of the United States, beachgoers were asked to look for dead birds that wash up on shore. The project involved was studying Cassin’s Auklet, a metaphorical canary in the coal mine for climate change. The effort was accompanied by a training course for citizens to improve their carcass identification skills. Consequently, the accuracy of carcass identification increased by several percentages, which improved the quality of the data (and interest in the program).

In Kenya, citizen science was used in a climate change mitigation study about mangroves. Villagers near the mangroves being studied argued that they wanted to be involved, and wanted to see results that benefited their community, outside of just publishing to science journals. Thus, the researchers engaged a range of village stakeholders directly in the research process. They were self-funded volunteers, corporate employees, and many others. Not only did the increase in data lead to 18 publications, but they also sold carbon credits which brought $12,000 into their community each year. This money funds the planting of new mangrove trees, improves infrastructure, and increases awareness about climate change.

Renewable Energy – What We Know and Don’t

As the push for renewable energies grows, the marine environment must continue to be taken into account. How will construction of offshore wind farms affect marine noise? Can tidal energy stations have adverse impacts on essential habitats? Several talks at the convention centered the insufficient knowledge we currently have on questions like these. Speakers at IMCC discussed some of the major risks to marine life thought to be associated with renewable energy, including collision and encounter risk, underwater noise, electromagnetic fields, habitat changes, spread of non-natives, marine space use, and circulation and flushing patterns. Coastal Marine Spatial Planning can use data to make effective decisions regarding these problems.

One speaker brought up the example of baleen whale habitats and offshore wind energy off the US New England coast. Here, ocean noise pollution (traumatic noise exposure) and ship strikes appear to be the biggest threats to marine mammals. To address these risks, managers need to know how whales use their habitats. Better data on these issues leads to better decisions.

Passive acoustic monitoring through seafloor hydrophones are being used to fill in data gaps. One unexpected result from the new data shows there is a higher presence of baleen whales in the mid-Atlantic than previously thought. Additionally, whale movements are seasonal, but not static, as they change year to year. Unfortunately, this makes their use of habitats and migration patterns harder to predict.

Further work can be done to locate density hotspots, and we can improve localization of whales within a certain study site through measures of ambient noise levels. To do all this, they need years of baseline data instead of a single year or season. In short: they just need more data.

One fascinating panel was one that had nothing to do with studies, results, or gathering data, and instead discussed unique ways to spread the conservation message and to get more people interested in making positive changes.

To promote sustainable fishing in Belize, a local radio show is using storytelling and creative communication for encouraging positive behaviors. The show is Punta Fuego: a radio drama and call-in show targeted at fishing communities. A clip we listened to involved a couple fighting badly about money, then the husband gets caught fishing where he shouldn’t be. A local then called to weigh in on the message: “If you are caught doing illegal stuff, you can spend time in jail.”

Surveys have shown that listeners of Punta Fuego were significantly more likely to exhibit correct knowledge of fishery regulations, possess positive attitudes about the best interests of fisheries, and even have better interpersonal communication regarding the topic. The show features love, passion, fights, and betrayal; the characters experience consequences for their actions, which listeners can identify with and learn from. It fulfills a need for peer connection that conservation academics often are lacking in local communities.

Campaigns that appeal to citizen behavior and interest are being used in the US as well. In Florida, a behavior-change marketing firm launched a campaign in Tampa Bay to fight the expanding Dead Zones caused by nitrogen (fertilizer) pollution. These Dead Zones are made worse in the summer with increased storm water runoff and homeowners increasing lawn maintenance. Thus, the campaign’s market strategy was to discourage homeowners from fertilizing their lawns in the summer.

Marketing can be tricky because it is an offer; fear and negative reinforcement do not work. So, instead of concentrating on the scientific evidence that fertilizer has negative effects on the marine environment, the campaign focused on what the citizens are interested in. In Tampa, people care about fishing, boating, and beach time. So, the campaign showed people how to garden differently, spend less time and energy on their yards, and spend more time at the beach. Their slogans “Protect Fun” and “Choose fun, not fertilizer” generated a positive attitude. As a result, a survey in 2015 showed that 70% of people surveyed said they considered replacing all or part of their lawn with low-maintenance plants that needed less water and fertilizer.

This conference was not only in a unique location with rich seafaring and fishing history, but also hosted a wide variety of speakers, presentations, and conversations. I learned so much. As a first timer to IMCC, I am sold on returning the next chance I get.

For more information on the IMCC and the Society for Conservation Biology, visit their website here. 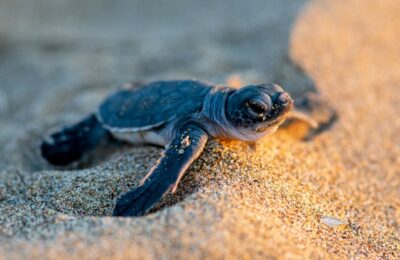