Bart Kempenaers, B. and Mihai Valcu. Breeding site sampling across the Arctic by individual males of a polygynous shorebird. Nature. 26 January 2017. Doi:10.1038/nature20813.

Birds are rarely monogamous. To be fair, nobody expects that of them, but some are downright scoundrels. For these flighty fellows, once the sex is over, it’s over and on to the next exploit. Scientists refer to this reproductive concept as “male dominance polygyny,” in which sexual success is not simply a question of whether a male finds a mate, but also how many eggs the male manages to fertilize by season’s end. Males who fail to mate at one breeding site would be well-advised to not get to caught up in their predicament and instead venture elsewhere. Suddenly sexual selection becomes more complex than just a good pick up a line or display of machismo. A successful male must be able to fly far and wide in search of—let’s call it “love”.

The pectoral sandpiper is a species of migratory shorebird that engages in male dominancy polygyny. The sandpipers’ reproductive rat race begins when the birds return from their southerly winter vacations to summer breeding grounds distributed along the Artic rim. While there is little doubt that a mating frenzy ensues, it is less well-understood to what extent males call upon females at various breeding sites within a given breeding season.

Determined to learn more about the sex lives of the flighty pectoral sandpiper, German scientists, Bart Kempenaers and Mihai Valcu, set out on a multi-year effort to track the movements of male birds during the summer mating season. Their fascinating exposé of the astonishing lengths (quite literally) taken by male sandpipers in heat are reported in a recent issue of the journal Nature.

To study the migratory mating behavior of male pectoral sandpipers, Kempenaers and Valcu used satellites to track the movements of specially tagged birds from a known breeding hotspot in northern Alaska. In total, they tagged sixty adult males each in the years 2012 and 2014. Their survey gave way to some startling insights into the nomadic mating habits of the pectoral sandpipers.

After completing a migration of 7,000 to 13,000 kilometers (4,350 to 8,100 miles) to their summer homes up north, one would think that the pectoral sandpiper would be looking forward to a long summer vacation. But, it turns out that males of the species are feeling a little restless and instead spend their time searching far and wide for a mate or two or three. On average, Kempenaers and Valcu found that males spent a whopping ten percent of their time in flight between mating sites. All this flying added up to an average of 3,000 kilometers per male bird with one particularly active individual logging 13,000 kilometers in a single season—equal to the longest summer migration! A single journey from one breeding site to the next was around 200 kilometers, with one particularly desperate male charting 2,400 kilometers in one giant leap for reproduction. The most active of the males visited twenty-three additional mating sites in one season, while most males visited around ten. The average stay at a site was a little over a day with longest stays ranging from three to up to forty days. As one might expect, the duration of a stay correlated pretty well with the mating prospects at a given site.

One of the more surprising conclusions of this study was that nomadic behavior had nothing to do with mating success. In other words, all males are alike and fly the coop regardless of their mating success. The net effect of male nomadism is to maintain the status quo of the pectoral sandpiper against the disfiguring tide of evolution. That is, thanks to a thorough mixing of the gene pool, a pectoral sandpiper found in the Canadian Arctic is no different from one found in the Russian Arctic, or any of the vast area inhabited by the species. They do it all for the love of the species. O dad, nomad o’ love. 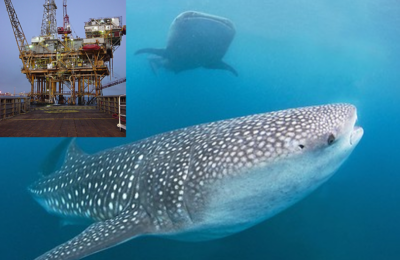 One thought on “Like a champion Casanova in the sky”