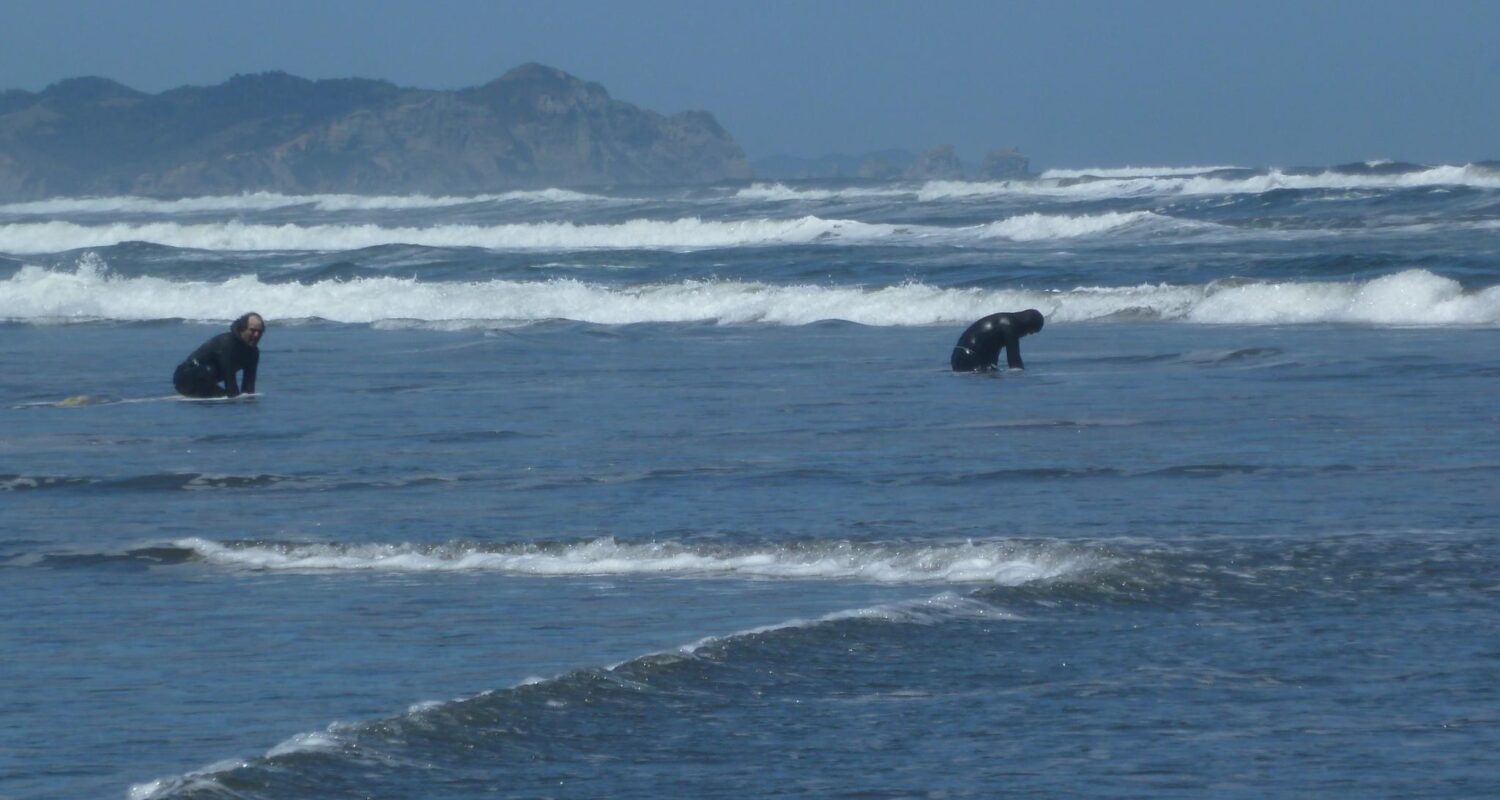 The promise of TURFs

The word “turf” conjures a number of mental images– from soccer players sprinting across a green, to the steak part of a surf-and-turf dinner.

In the world of small-scale fisheries, turf—or, more accurately, TURF—has a specific meaning. Territorial User Rights for Fisheries (TURFs) are a fisheries management approach in which communities are granted exclusive rights to fish in their stretch of shoreline or coast. When originally introduced, TURFs were praised as a tool to promote long-term sustainable fishing and support the interconnected social-ecological health of the system. Compared to conventional top-down management, TURFs offer a chance for a known set of users to manage the fishery based on their deep local knowledge, develop norms and agreements that promote sustainable catch, and operate on a sense of shared responsibility to support a longstanding fishery.

The promise of TURFs led to their adoption in Chile, when the abalone, or loco, fishery started to collapse in the 1980s and 1990s. Successful results of TURFs for loco management led to this approach being tried in other fisheries, too. One of those is Chile’s surf clam, or macha, fishery. Between 1997 and 2015, twenty-nine communities in Chile adopted TURF management for their local surf clam beaches.

But in 2015, only three of these were still operating—the rest had closed due to extended periods without catch.

And out of those three, only one has had continual landings of clams ever since it became a TURF: a small community-fishery called Peñuelas A. Peñuelas A is the only macha TURF in Chile that has had near-continual surf clam harvest since it was instated. Its unusual story prompted researchers to turn to Peñuelas A to understand how TURFs work.

Peñuelas A is the name for the surf clam fishery of Coquimbo Bay, Chile. Here, fishers wade and dive into Coquimbo Bay’s waters in search of clams. After harvest, they pool their catch, sell it, and split the profits evenly among fishers. Fishers of Peñuelas A also organize to set catch limits, patrol for poachers, and develop new fishery-related projects.

Like any fishery, Peñuelas A has faced a series of social and ecological challenges over time. In 2000, for example, a strong El Niño year wiped out the clam stock. Around 2010, a lack of leadership within the fishery organization inhibited efforts to coordinate.

But unlike other fisheries, Peñuelas A has persisted through these challenges.

The mystery of persistence

To understand how this fishery has persisted, when so many others have closed, researchers orchestrated a series of fisher workshops.

Ten fishers took part, including an elder who could speak to long histories of the fishery’s past.

During the workshops, participants developed a shared timeline of the fishery, noting important events that have changed the clams, the local community, or governance structures. They collectively brainstormed the factors that have been influential in the fishery’s history and worked together to identify how these factors interact.

The biophysical conditions of the fishery matter. Coquimbo Bay is nutrient-rich, which gives local clams a boost. In addition, different beds of clams are connected, meaning the larvae from one bed migrate to another. That helps replenish clam populations when they stumble after a disturbance.

Just as young clams are moving between beds, so are fishers—but on a larger scale. Historically, when local clam populations declined, Chilean surf clammers would migrate to other places for harvest. This allowed local stocks to persist by reducing fishing pressure during stressful times. Peñuelas A’s fishers took part in these migrations, avoiding overharvest of the stock. But Peñuelas A’s fishers reported that they felt strong roots in their home, where their families and children stayed when they migrated to fish. That means they always came home again and developed a stronger commitment to the place and clams of Coquimbo Bay.

Long term presence of clams and fishers meant that, as TURF was instituted in the area, relationships could be built to foster cooperation and equitable profit-sharing between fishers in the community. They developed a profit-sharing system whereby each fisher receives an equal slice of the collective pay per day, regardless of how much any one fisher harvested. Plus, these long-term relationships allowed fishers to learn from each other, over time, developing new harvest techniques. It allowed them to recognize the vulnerability inherent to relying solely on the macha fishery, and begin to diversify by developing clam processing technologies, too.

When you put it all together, what emerges?

Though Peñuelas A is remarkable for persisting over the long term, what emerged from this work is a story of continual change, not of constancy.

Peñuelas A’s fishers shared histories of people moving, clams rising and falling in abundance, policies instated and retracted. Throughout this dynamism, a host of factors have been crucial in the fishery’s persistence.

Here, the biophysical elements dealt a fair hand. And that matters. But favorable ecology alone is not enough.  The human institutions—the norms, rules, and processes by which we interact—have to fit the ecology. In Peñuelas A, long-term residence of clams and clammers alike allowed well-fit institutions to develop.