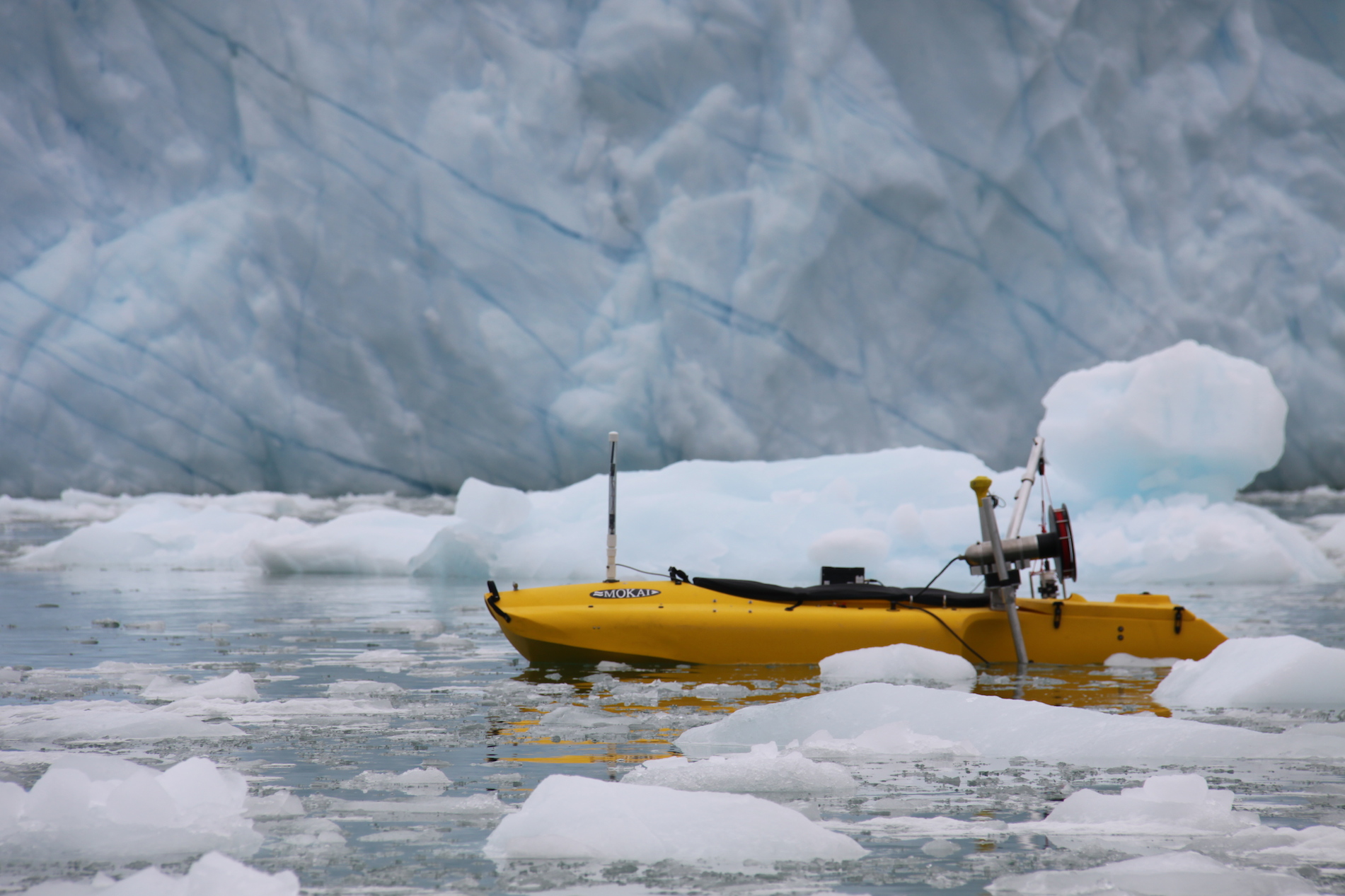 Most organisms on Earth respond to light in some way. Some ocean animals use it to detect prey, avoid predators, and communicate with each other. Likewise, changes in available light can affect everything from hunting behavior of Arctic seabirds to the sex determination of grunion. You and I are probably more familiar with the effect of daylight savings time on our sleep schedules.

Even some of the tiniest denizens of the sea use light as a cue. Certain species of zooplankton, the small organisms that link photosynthesizes to fish and whales, make huge trips based on the time of day. It is the most widespread movement of biomass on Earth. Animals going on these diel vertical migrations (DVM) often swim hundreds of times their body length in a single excursion. At night, they swim to the surface to feed. As the sun comes up, they return to the deep to avoid being eaten. Kind of vampiric, right?

Zooplankton have been observed making their DVMs plenty of times. But little is known about how their behavior will shift in response to changes in ambient light ­– an area of increasing concern for many biologists. Dr. Martin Lundvigsen of the Norwegian University of Technology and Science set out to shed some light on the issue.

Dr. Ludvigsen and his colleagues were particularly interested in studying plankton in the Arctic. This population of plankton is already subject to some pretty extreme changes in light availability; above the 66th parallel the shift between polar night and midnight sun is substantial (fig. 1). Furthermore, when the surface is iced-over in the winter, some regions of the Arctic ocean get no light at all.

Arctic zooplankton are likely to get a lot more light in the coming decades. As the climate continues to change, the Arctic is projected to become warmer leading to  progressively less ice coverage. As a consequence, pelagic organisms will be exposed to more ambient light from the sun and moon. The organisms will also see a lot more artificial light as new shipping lanes open and human traffic increases.

The Norwegian team took advantage of two sampling methods to observe how plankton respond to light. They looked for copepods, a type of zooplankton, using acoustic sensors mounted to both a standard oceanographic research vessel and a purpose-built Autonomous Surface Vehicle called the Jetyak (fig. 2). Both sampling platforms were also outfitted with a spectroradiometer, or light meter, to see how much light was at the surface.

The Jetyak was deployed over three days during polar night in a fjord near Svalbard, an island about halfway between Norway and the North Pole. The sun remained entirely below the horizon over the whole study period. The moon, however, was visible during the deployment. Acoustic and light measurements were taken from both the manned vessel and the Jetyak during the whole deployment.

Dr. Ludvigsen found that the copepods avoided the artificial light from their research vessel (fig. 3). The scale of the avoidance is impressive – the plankton would move ten times deeper in the water as compared to when it was dark. When the Jetyak was on its own, the average measured depth of the zooplankton was 8 meters; in the presence of the ship, the copepods hung out at around 80 meters. Moreover, the effect on plankton depth was observed up to 190 meters laterally from the vessel.

The implications of these findings are twofold. First, Dr. Ludvigsen argues that his group’s findings demonstrate that traditional sampling from vessels in low light conditions are insufficient. This means that as researchers spend more effort sampling plankton in the Arctic, they will need to use creative sampling designs. The second is the degree to which these organisms respond to light. If they react so dramatically to light from a boat, what will happen when their whole environment is permanently lighter?

The DVM is an incredibly important and understudied aspect of the marine ecosystem. The daily movement of zooplankton represents the transport of millions of tons of organic carbon per day. It is a big component of the global carbon cycle. As the Arctic becomes more biologically productive, it will be ever more important to study these phenomena.