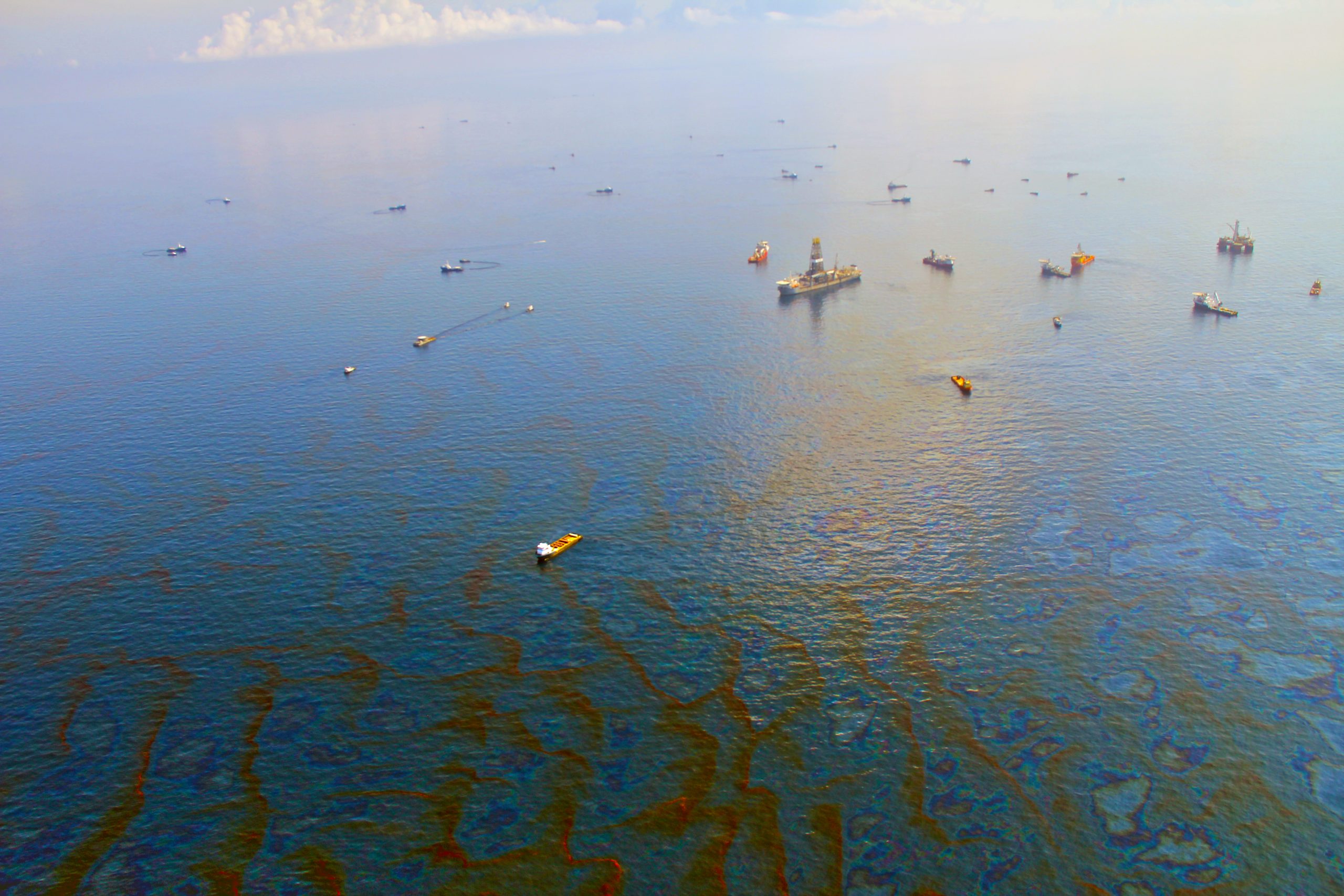 Hydrocarbons are organic molecules consisting of purely carbon and hydrogen, and they are the main ingredients in the oil and natural gas that currently power our energy grid. Hydrocarbons are the heated and pressurized remnants of long-dead marine organisms, and as a result, many oil and gas reservoirs are often located below the seafloor. However, extracting subseafloor hydrocarbons is risky, as they can wreak havoc on marine ecosystems if they’re accidentally released into the water.

Currently, known hydrocarbon sources to the ocean are both natural and human-caused, and include natural oil and gas seeps, as well as coastal runoff and oil spills. But in 2015, scientists from the University of Cambridge discovered a potential new source: cyanobacteria, which they found produces a hydrocarbon called pentadecane when cultured in the laboratory.

Pentadecane is a long-chain hydrocarbon (Figure 1), consisting of 15 carbon atoms bonded together in a chain and surrounded (or saturated) with hydrogen atoms. Pentadecane is much longer than the short-chain hydrocarbons more commonly found in oil and gas, such as methane (1 carbon), propane (4 carbons), and pentane (5 carbons). While the 2015 study indicated that pentadecane could be produced by cyanobacteria under idealized laboratory conditions, a research team from the University of California: Santa Barbara (UCSB) and the Woods Hole Oceanographic Institution (WHOI) set out to investigate whether pentadecane was actually being made in the ocean, and if so, how abundant it was.

The researchers sampled a nutrient-poor area of the ocean called the Sargasso Sea (Figure 2) to search for pentadecane and the cyanobacteria that might produce it. However, the researchers had to be very careful when collecting their water samples. Pentadecane was a component of the diesel fuel being burned by their research vessel, so the water samples needed to be collected upwind of the exhaust pipes to prevent contamination from the ship itself. Back in the lab, the team found high concentrations of pentadecane in Sargasso Sea water samples, but confirmed that the samples were free of other components of diesel fuel. This verified that the pentadecane they measured had come from the sampled water, rather than the air surrounding the ship.

Based on their measurements of pentadecane in 7 different Sargasso Sea locations, and based on the microorganisms present in those samples, the team discovered that just two types of cyanobacteria – Prochlorococcus and Synecococcus – produce between 300 and 600 million metric tons of pentadecane in our oceans every year. This quantity is 100-500 TIMES larger than all other known hydrocarbon inputs to the ocean combined.

But while 300-600 million metric tons is an enormous number, and appears to dwarf our own contribution as humans, the scientists caution that other microorganisms (like archaea) consume pentadecane almost immediately after it’s produced. Therefore, it doesn’t lead to any overall change in hydrocarbon concentration. This is called a “cryptic” cycle, and might explain how we missed this major hydrocarbon source for so long. Just as water in your shower doesn’t accumulate, but immediately flows out the drain, pentadecane doesn’t accumulate in the ocean.

Given their findings, the research team wondered if the cryptic pentadecane cycle was somehow helping “prime” ocean microorganisms to consume the short-chain hydrocarbons found in oil and natural gas. In other words, was the steady consumption of pentadecane teaching marine microorganisms how to clean up after natural oil seeps or oil spills?

The team returned to the lab to test whether the microorganisms consuming pentadecane in the Sargasso Sea could break down oil as well. They added pentane (a hydrocarbon commonly found in oil) to samples of their original seawater, as well as to other samples retrieved from the Gulf of Mexico, where there’s a lot of natural (and unnatural) oil seepage. After monitoring the growth of microorganisms in each sample, the team found that pentadecane consumers were unable to consume pentane, suggesting that these abilities are entirely separate. Even more interestingly, the speed with which microorganisms in a sample could consume pentane was directly related to how close that sample was collected to an existing oil seep. Growth of pentane-consuming microbes in Gulf of Mexico samples was about 9 times faster than their growth in Sargasso Sea samples, likely because Gulf of Mexico microorganisms have more frequent exposure to oil.

The distinction the researchers discovered between oil consumption and pentadecane consumption is a stark reminder that although the ocean has developed mechanisms to deal with localized, natural hydrocarbon inputs, non-natural inputs are a very critical problem (Figure 3). The study demonstrated that different regions of the ocean respond very differently to oil spills, and while biological remediation is an important tool to have in our arsenal, the best strategy is clearly to prevent hydrocarbon pollution in the first place.