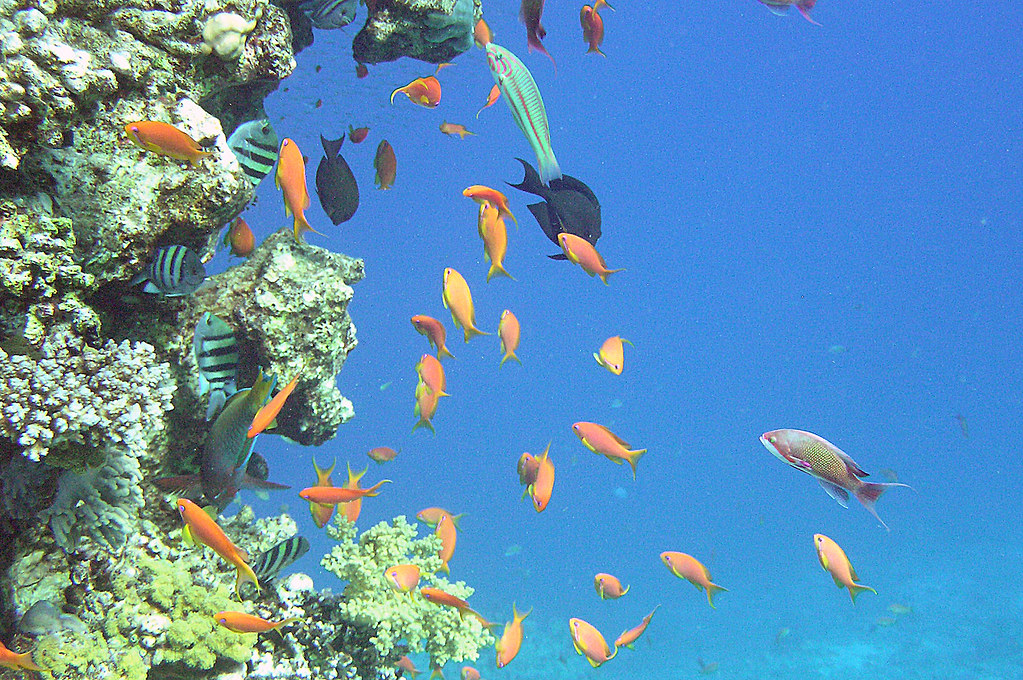 A team of researchers, headed by Jill Munger from Oregon state University, has developed a technique that combines passive-acoustic monitoring with a machine learning programme to monitor fish populations. This technique will allow scientists to gain a deeper understanding of how fish populations react to environmental changes in their habitats and could provide conservationists with an “early warning system” for any fluctuations that might threaten the habitat’s health.

Like submerged versions of Piccadilly Circus or Times Square, coral reefs are noisy places, filled with the hustle and bustle of marine life going about its business. As a fish on a reef, there’s lots to shout about. Many species make vocalisations to guard their territory or defend their nests, while others use sound in extravagant displays of courtship. Bony fish have the widest diversity of mechanisms for sound production of all vertebrates. They use their swim bladders, pectoral fins, vertebrae and pharyngeal teeth to create a repertoire of clicks, chirps and buzzes.

One group of bony fish, the Pomacentrids, or damselfish, have been particularly well studied thanks to their exuberant acoustic behaviour. They grind their back teeth to generate pops and clicks, which they use to aggressively defend their territories, or to produce a series of pulses, which they use in mating rituals. This diversity of sound production, along with an extensive base of previous studies, made pomacentrids the ideal group for Munger’s team of researchers to study.

The researchers’ aim was to develop an automated system that could analyse the data collected from passive acoustic monitoring. This monitoring method provides cheap, long-term environmental sampling by recording the sounds in an ecosystem. Additionally, it is normally used in conjunction with other sampling techniques and allows researchers to collect data continuously, regardless of the changes in visibility that occur at night or in stormy weather. While these extra data can uncover important information about an ecosystem, the sheer volume of data produced makes manual analysis extremely time-consuming.

The researchers of this study employed a convolutional neural network to analyse acoustic data that had been collected from a hydrophone submerged in the National Park of American Samoa. This type of machine learning technique is commonly used for image-recognition tasks and involves a deep learning algorithm that sorts through data and detects patterns, allowing it to differentiate between and identify particular objects. Scientists used this type of machine learning to detect the vocalisations of damsel fish and managed to achieve an accuracy of 94%, demonstrating the viability of this new technique. By combining the passive acoustic monitoring with this machine learning technique, the researchers have developed an in-expensive and low maintenance method for monitoring the health of fish populations and the reefs on which they live.

Tracking changes to fish populations of key species such as damsel fish can give researchers insight into the health of reef systems as they adapt to fluctuating environmental factors such as increased water temperature and extreme weather events. Monitoring fish populations in this way can could provide conservationists with vital information and forewarn them of any imminent threats to the ecosystem and its inhabitants.

Coral reefs provide for humans as well as for the marine life that lives in and around them. They protect coastal settlements from storms and erosion, provide local communities with food and generate jobs through the fishing and eco-tourism industries. Protecting these ecosystems is therefore important not only for their intrinsic value as stunning expressions of the natural world, but also for the ecosystem services that they provide to vulnerable coastal communities.

Cover photo by Sam and Ian