Healthy coastal and marine environments are of great importance to human beings.  They provide many ecosystem services, which are water and food supply, temperature maintenance, storm protection, recreation etc; yet currently, many of these environments are being degraded by several environmental stressors.

Environmental stressors are reducing the ability of coastal and marine ecosystems to provide ecosystems services, and in turn potentially impacting human health and well-being (Fig 1). The stressors act more or less simultaneously or cumulatively. They reduce the quantity, quality and stability of ecosystem services and affect social and physical health of both individuals and community.

A synthesis based primarily on literature of the past decade is conducted for a better understanding of the connection between environmental stressors, coastal ecosystem and human health.  The authors assessed five different marine environmental stressors and how they act together leading to compounded impacts on human health and well-being. The stressors they chose included rising temperature, nutrient enrichment, ocean acidification, habitat destruction and its accompanying loss of biodiversity and extreme weather events. In the end they came up with suggestions for future studies and coastal planning.

The ocean stores more than 90% of the excess heat generated by climate change.  It has been found that rising water temperatures reduce the catch potential of fish in tropical waters while increasing the potential of catching warm water species at higher latitudes. Warmer water temperatures may also result in a 14-24% decrease in fish body size by 2050, as well as changes in population distribution and phenology.  In addition to expanding the range of certain fish populations, there is also the potential for the extension of the range of disease-causing organisms. Some bacteria become more prevalent under a warmer environment, which can lead to serious seafood poisoning. Fisheries and aquaculture are crucial sources of protein nutrition, employment, recreation and cultural benefits and they are under threat from rising water temperature; while compounding stressors of overfishing and pollution make the threat even worse.

Nutrient enrichment, or an excess supply of nutrients such as nitrogen and phosphorous, can lead to harmful algal blooms (HABs) and consequently hypoxia (low oxygen levels).The problem is worldwide occurring along all coasts. HABs can produce potent neurotoxins which can reach humans via water, seafood or aerosol spray and may cause serious illnesses.

Serving as a sink for atmospheric CO2, the ocean has absorbed one-third of anthropogenic (human caused) CO2 since 1800. This has caused the pH of global ocean water to drop from 8.2 to 8.1, in the phenomenon known as ‘ocean acidification’. Calcifying organisms (organisms that use calcium carbonate from the water for their structures), such as corals, mollusks, and coccolithophores, generally exhibit larger negative responses than non-calcifying organisms do. Coral reef ecosystems are extremely vulnerable to the stressors of ocean acidification and rising water temperatures. This poses significant risks to local people who rely on coral-associated fisheries, tourism income, and storm protection provided by fringing reefs.

In addition to the great ecosystem services that coral reefs provide to human beings, there are many other important marine ecosystems that are crucial to us but also threatened.  For example oysters and their reefs provide seafood, filtration that improves water quality, storm surge attenuation, and shoreline stabilization.  Another example is coastal wetlands. They supply water purification, carbon storage, and protection of shorelines and built infrastructure from extreme events. However, more than 85% of oyster reefs and 50% of wetlands have been lost together with the service they provides us.

Extreme events such as storms, hurricanes, and tsunamis damage coastal habitats and ecosystems, resulting in great economic losses and a lowered buffering capacity to provide protection in future extreme events.

At present, even though single environmental stressors have been well studied, the interacting effects of multiple stressors need to be explored. More important is a lack of connection between natural science, biomedical and public health practitioners. For future work, public health specialists and biomedical scientists should engage more in the study of impacts from ecosystems on human health.  Besides, more simultaneous thinking of ecosystem services as a whole are suggested for policies and decision-making. Meanwhile the protective services such as buffering of storms should be a key focus for coastal management and climate adaptation. 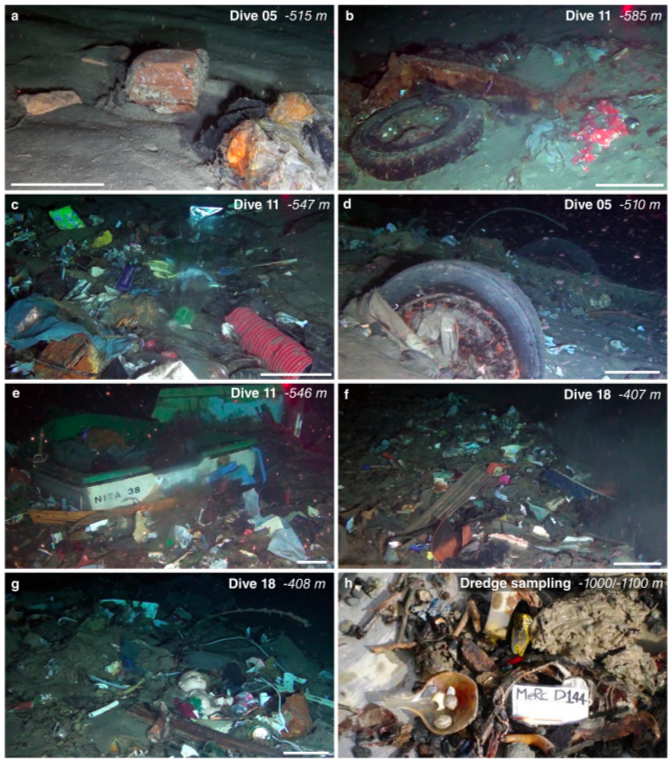